PROMISE KEEPERS | on a mission to strengthen and equip every man to live with INTEGRITY and to be a changemaker for Christ. ABOUT Promise Keepers: We’re building on the past to redefine the future.

Founded in 1990 by Coach Bill McCartney, Promise Keepers is one of the biggest movements of God in the history of the Church.

Focused on helping men live with integrity, Promise Keepers touched the lives of seven million men through its national conferences. On October 4, 1997, over a million of these men gathered in the National Mall of Washington, D.C. to take a stand for Christ.

A movement reignited to reach the next generation

Today, we’re on the move again. We’re praying for massive revival and transformation in our nation by 2025. You’re invited to join with us.

More than ever, America needs a revival of godly men. Our nation faces problems that can only be overcome when men of integrity — promisekeeping men — fulfill their destinies as godly husbands, fathers, and leaders.

Promise Keepers is here today to reunite, rebuild, re-imagine, and inspire the hearts of men. Dr. Robert Cornuke is a former FBI trained police investigator and SWAT team member is now a Biblical investigator, international explorer, and best-selling author with a compilation of eleven books.

He has participated in over seventy international expeditions searching the world-over for lost locations described in the Bible. These journeys include searching for the real Mount Sinai in Egypt and Saudi Arabia, exploring in Turkey along with Apollo Fifteen Astronaut Jim Irwin for the remains of Noah’s ark, following ancient Assyrian and Babylonian flood accounts in Iran, and tracking the Ark of the Covenant from Israel to Egypt, and across the Ethiopian highlands. Off the coast of Malta his research team found the probable location of Paul’s shipwreck, more specifically the accounting of all four anchors as described in Acts 27.

His latest extensive research efforts have been in Israel in search of the true Temple site of Herod along with the actual location of Golgotha. 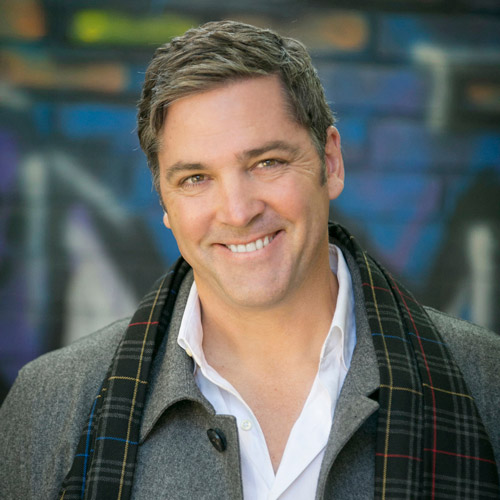 Ken Harrison is the chairman and CEO of Promise Keepers. Ken’s mission is to provide executive leadership and strategic direction to the ministry while inspiring men to be bold, humble and ambitious about their faith.

Harrison also serves as CEO of WaterStone, a Christian Community Foundation that gives away over $1 million per week to build God’s Kingdom. He started his career as an LAPD street cop in the notorious Watts/Compton area. There he received numerous commendations and awards.

An author and corporate speaker, Harrison has appeared on numerous media outlets including FoxNews.com, The Huckabee Show, "Dr. James Dobson's Family Talk," and The 700 Club. With a long record of dedicated service to ministry, Harrison leads Bible studies locally and participated in missions trips to Mexico, South Africa, Haiti, and the Philippines. He is the author of Rise of the Servant Kings: What the Bible Says about Being a Man, available wherever books are sold. Judge Vance Day is a modern-day profile in courage who strongly believes in helping to raise a generation of leaders equipped to address an ever-changing world.