While on a Reformation Tour you will be immersed in the historical context of the Reformation by exploring the lives and teachings of the Reformers, and the resulting effects of the Reformed Theology they preached. In our itinerary we visit the town of Wittenberg, Germany, home to Martin Luther, the man responsible for sparking the Protestant Reformation.

Martin Luther lived and preached in Wittenberg for 36 years. The city has been carefully restored and cared-for, its medieval buildings have not been bombarded by fast food, shopping malls, and modern culture. We will follow his footsteps down the cobblestone streets to experience the town Luther and his family called home. It is a beautiful way to learn about this important time in Christian history. Some of the significant highlights are:

We will stop in to visit the city church, known as the Stadtkirche or St. Mary’s. Not only is it a beautiful example of a medieval church, it is where Martin Luther preached the Reformation. Luther was married in this church and baptized his six children here.

Seeing this church provides great insight into the progression of German culture over hundreds of years. This building is considered the mother-church of the Protestant Reformation. Here is where the first celebration of the mass was held in German rather than in Latin. Also, here was the first ever distribution of the bread and wine to the congregation.

The Schlosskirche or Castle Church of Wittenberg is quite possibly one of the most important churches in the history of Christianity. It is the site where in 1517 Luther nailed his 95 Theses to the massive doors of the church. These theses included his arguments against the Catholic Church, which triggered the Protestant Reformation. We will examine the doors, now in bronze, with the 95 Theses written in Latin.

Of historical note, the church was built breaching the Gothic and Renaissance periods. You will see architectural details from both eras in the beautiful structure. The interior was first designed to be more Gothic in style, plain with large windows separated by buttresses. As the construction of the church progressed, the interior became more and more ornate, reflecting the style of the new Renaissance period. The ceilings and walls of the church are ornately carved, painted, and gilded. Paintings adorn the rooms and fireplaces made of hewn stone decorate the interior of the church.

A special visit is included to the Renaissance-style Melanchthon House. Three-storyed house belonged to Philipp Melanchthon, Luther’s closest friend and most successful co-worker. Melanchthon, known as the “Teacher of Germany”, was a  professor and Protestant reformer who stands next to Luther and John Calvin as a reformer, theologian, and molder of Protestantism.

Built in 1536, the Melanchthon House is an architectural jewel and has long been considered among the most beautiful of Wittenberg’s remaining Renaissance houses. Today it is an UNESCO World Heritage Site. We will have largely barrier-free access to the entirety of the Melanchthon House memorial. The tour of the home will include visiting the scholar’s study, as well as the room where Melanchthon died.

Please join us in a Christian Tour opportunity while learning about the Reformation in Germany and Switzerland. 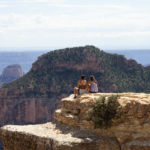 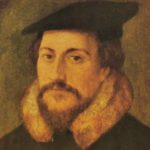 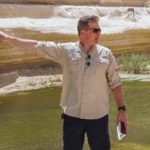