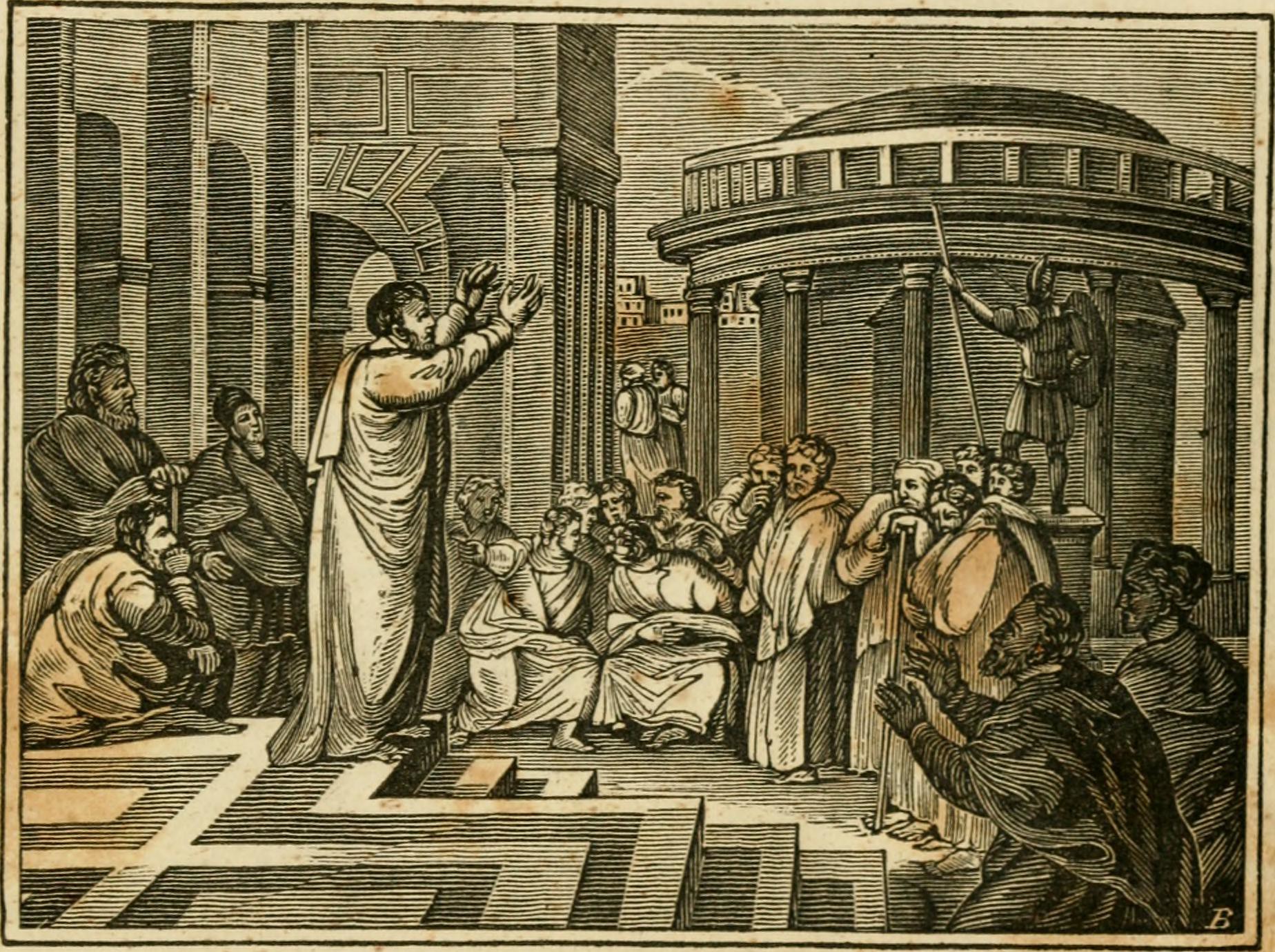 Christians can learn from apologist Frank Turek how to prove the Bible is true and accurate while traveling the world and gathering experiential evidence!

Apologist Frank Turek doesn’t shy away from difficult questions. As a Christian speaker, Frank spends a lot of time traveling to college campuses across the country answering questions from young people who want to know why Christian’s believe what they believe.

Some college kids today behave a little like the ancient Greeks from the apostle Paul’s time. When Paul spoke to the Greeks at Mars Hill, they wanted logical proof, if Paul was going to convince them to believe in his God, his argument had to be convincing enough to win them over. Here is part of what Paul said to them:

…God, who made the world and everything in it, since He is Lord of heaven and earth, does not dwell in temples made with hands. Nor is He worshiped with men’s hands, as though He needed anything, since He gives to all life, breath, and all things. And He has made from one blood every nation of men to dwell on all the face of the earth, and has determined their preappointed times and the boundaries of their dwellings, so that they should seek the Lord, in the hope that they might grope for Him and find Him, though He is not far from each one of us.

Paul wanted to show the Athenians that there was no logic to believing in the idols they worshiped. The true God does not need anything and does not exist to do our will. Rather God, who made all mankind in his image, made us so that we might know him.

Some of the Athenians mocked Paul after he spoke. Today, there are still “logical” men who mock Christians for believing what they believe and that is why young people need to hear from apologists like Frank Turek. When Frank debates an Atheist or answers questions from an audience, he doesn’t deflect hard to answer questions with “Because the Bible says so.” The Bible is filled with truth, but truth is always supported by reason. The task of an apologist is to show why the Bible is right in order to demonstrate, just as Paul did, that the God we worship is the true God. A God who created the rules of logic, the laws of science, and every other demonstration of reason in a world that atheists’ try to claim is nothing more than the result of a random accident.

See our upcoming tours to Israel to book a trip led by Apologetic’s Teacher Frank Turek, of CrossExamined.org,

CrossExamined.org is a non-profit ministry that conducts dynamic “I Don’t Have Enough Faith to Be An Atheist” seminars on college campuses, churches, and high schools. Led by Frank Turek and other Christian apologists, CrossExamined.org exists to address the problem that 3-out-of-4 Christian youth leave the church while in college, many because they are intellectually skeptical.

In addition to I Don’t Have Enough Faith to Be An Atheist, Frank addresses other topics faced by young people today.

Study the Word and sharpen your mind on a biblical tour lead by one of our leading scholars!