Of all the unusual individuals that show up in Scripture, Melchizedek, the King of Salem, is one of the most fascinating. Throughout the Old and New Testament, Melchizedek is only mentioned in three books: Genesis, Psalms, and Hebrews, with Genesis being the only book where he appears in person. Very little information is given in Scripture about Melchizedek, however, among the discoveries made at the Qumran caves, the Melchizedek Dead Sea Scroll, dating back to the 1st Century BC, gives more information about the importance of Melchizedek the priest.

Then Melchizedek king of Salem brought out bread and wine; he was the priest of God Most High. And he blessed him and said:
“Blessed be Abram of God Most High,
Possessor of heaven and earth;
And blessed be God Most High,
Who has delivered your enemies into your hand.”
And he gave him a tithe of all.

Jesus answered, “If I honor Myself, My honor is nothing. It is My Father who honors Me, of whom you say that He is your God. Yet you have not known Him, but I know Him. And if I say, ‘I do not know Him,’ I shall be a liar like you; but I do know Him and keep His word. Your father Abraham rejoiced to see My day, and he saw it and was glad.”
Then the Jews said to Him, “You are not yet fifty years old, and have You seen Abraham?”

For this Melchizedek, king of Salem, priest of the Most High God, who met Abraham returning from the slaughter of the kings and blessed him, to whom also Abraham gave a tenth part of all, first being translated “king of righteousness,” and then also king of Salem, meaning “king of peace,” without father, without mother, without genealogy, having neither beginning of days nor end of life, but made like the Son of God, remains a priest continually.

Now consider how great this man was, to whom even the patriarch Abraham gave a tenth of the spoils. And indeed those who are of the sons of Levi, who receive the priesthood, have a commandment to receive tithes from the people according to the law, that is, from their brethren, though they have come from the loins of Abraham; but he whose genealogy is not derived from them received tithes from Abraham and blessed him who had the promises. Now beyond all contradiction the lesser is blessed by the better. Here mortal men receive tithes, but there he receives them, of whom it is witnessed that he lives. Even Levi, who receives tithes, paid tithes through Abraham, so to speak, for he was still in the loins of his father when Melchizedek met him.

Read the full text of the Melchizedek Dead Sea Scroll 11Q13 here or visit the Shrine of the Book (where the Dead Sea Scrolls are now kept) on a Christian Israel tour! 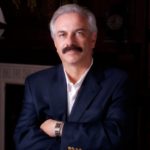