As Christians, a pilgrimage to Jerusalem has always captured our collective imagination. It is a city rich with the foundations of our faith, where Bible figures walked and our Christ was crucified and rose from the dead. Going there is a profound experience for people who believe the Word of God is true. There is something powerful about walking the steps that Jesus did and seeing the sites mentioned in the Bible.

Jerusalem also has a central role in the future, literally and figuratively, according to Scripture. Jeremiah 3:17 says, “At that time Jerusalem shall be called The Throne of the Lord, and all the nations shall be gathered to it, to the name of the Lord, to Jerusalem. No more shall they follow the dictates of their evil hearts.”

It’s tough to deny, God has big plans for this special city.

The city has long held an allure for visitors. From the Temple Mount to the Western Wall to the Citadel or Tower of David, there is so much to see. A vast array of intriguing sites lie at the city as well, and have long been magnets for guests. But in recent years, the draw seems to be that much stronger.

Here is why now is the best time to visit Jerusalem:

Jerusalem is not a static city. Because of the constant excavation taking place, there are always new finds to see.

The archaeological discoveries just keep coming. You can literally watch the City of David be unveiled as the excavation of this area continues. Historians long thought the City of David was the Old City. Discoveries first made about 150 years ago changes this thinking. We wrote more about this in a previous blog post here.

Our tour guide, Eli Shukron, an Israeli archaeologist who has worked with the Israel Antiquities Authority, discovered the Pool of Siloam, where the blind man was healed. He also discovered the Jerusalem Pilgrim Road from the Second Temple era. He made these finds only in the past 25 years.

Even small finds send excitement through the archaeological community. Just recently, a rare coin from the fourth Jewish revolt was found in an ancient Jerusalem drain. Eli told the Haartez, a news source in Israel, that it could have been dropped into the sewage system through the cracks in the road above. Or a Jewish rebel hiding in the sewage system could have lost the coin.

The coin has paleo-Hebrew inscribed on it and was minted in the year 69. That year, Jews had been hiding in the sewage system during their revolt. The coin bears the words, “For the Redemption of Zion.”

This is just one of many archaeological finds this year that breathes life into Scripture and gives insight into history. Year by year, we are learning more about what happened in Jerusalem over the past 2000 years.

Join us on a unique Biblical adventure as we explore the most authentic historical locations in Israel and Jordan!

We offer specialized Christian travel for a variety of interests and purposes! Our most popular trips are the Footsteps of Paul tours which explore the life and ministry of the Apostle Paul. For the more adventurous Christian, we recommend our Biblical archaeology-centered travel with Eli Shukron exploring the latest finds in Jerusalem. We also offer Christian African Safaris to inspire and edify your whole family on a creation education vacation! For the intrepid Berean and Christian scholar we offer historical European Reformation tours which explore the rich Christian heritage of Europe.

Have any questions about what to expect on a Living Passages trip or need help finding the perfect tour or cruise? Call us at 1-888-771-8717 or write us at [email protected] for more information! 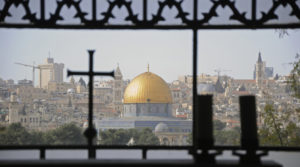 Explore Galilee: Where Jesus Taught the Parable of the Sower